The Freakazoids are back! Their latest single will be released on Thrust Recordings late January 2012. They have retained their Classic Old School sound and brought it slamming into the future with their collective production knowledge. Initial reactions have been huge from right across the board with Major league players showing their appreciation for this unique project. The release will be available on both Vinyl and Digital download from all good stores. More details soon… 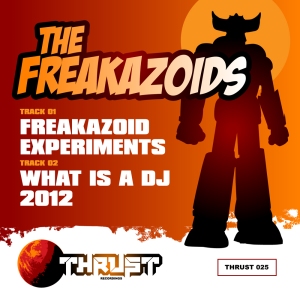 This entry was posted on January 15, 2012 by thefreakazoids. It was filed under Original Productions .